In the more recent decades, we expanded our definition of what constitutes the Northwoods Area and now include homes located inside the 285-85-Chamblee Tucker Rd-Shallowford Rd-Buford Hwy pentagon, including the Hidden Colony, Arbor Creek, and Chestnut Place neighborhoods.

NANA is a voluntary, non-partisan civic association, and all residents in the Northwoods Area pentagon are welcome to join.  NANA operates on a not-for-profit basis.

Breaking ground in 1952, Atlanta-area contractor Walter L. Tally had a vision of what would become one of the first planned unit developments in Georgia, and which still retains its vitality six decades later. 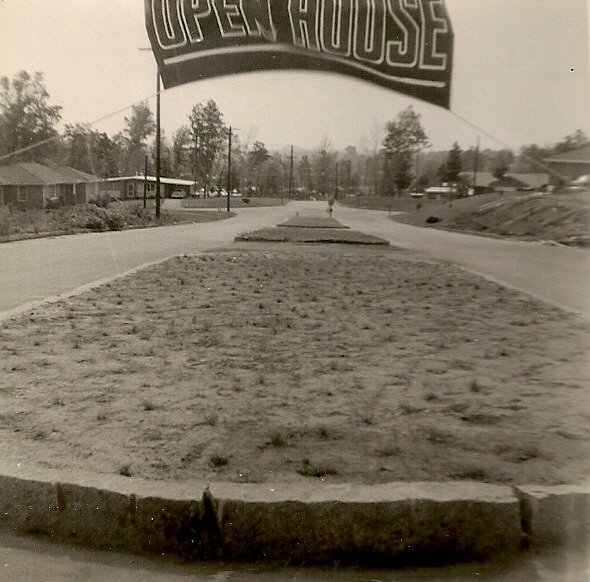 After a period of slow sales of the traditional ranch homes, Tally recruited two recently graduated Georgia Tech architects, Ernest Mastin and John Summer, to offer variety. Mastin and Summer designed state of the art, modern homes that would eventually sell before they were even finished. Northwoods boasted 6 floor plans, mostly ranch style, and Better Homes and Gardens even featured a Northwoods home in one of its 1953 editions, with an affordable starting price of $10,000. 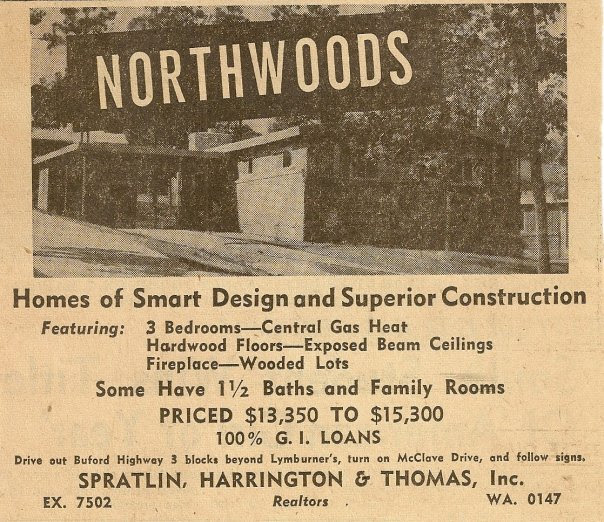 Originally envisioned as a housing community for General Motors executives due to its proximity to PDK and the GM facility, Northwoods became such a popular place to live that it grew to over 700 homes by the subdivision’s completion in 1962. Northwoods featured its own parks, tennis courts, shopping center, church, service station, professional building and school. John Portman, a fellow classmate of Mastin and Summer, and who would go on to achieve worldwide acclaim for his architectural work, was hired to design the two main schools in the neighborhood (currently known as Cary Reynolds Elementary and Sequoyah Middle School – originally a high school).

Some of those original home owners still live in Northwoods and, while many of the homes have been enlarged, renovated and modernized over time, some of them maintain their original hardwood floors, fireplaces and even built-in retro appliances.

Additionally, it was discovered during the project’s research that Northwoods is one of only three known surviving planned unit developments left in Georgia. The other two are nearby Embry Hills and Fair Oaks, a Savannah subdivision.

In April of 2012, the GSU students presented their findings to a large and enthusiastic group of Northwoods area residents at the Church of the New Covenant on Chestnut Drive. Doraville Mayor Donna Pittman attended the presentation, as did surprise guest Ernest Mastin.

Shortly after that presentation, the students began the long process of nominating Northwoods to be listed on the National Register of Historic Places. The nomination went through multiple levels of approval; with the neighborhood finally being listed on the register on May 13, 2014. Follow this link to search for the neighborhood on the registry. .

The Northwoods Area Neighborhood Association is proud to represent this historic mid-Century district. Consider joining the group and make your mark on history today!

-Written by Bob Kelley, with contributions from Joseph Geierman